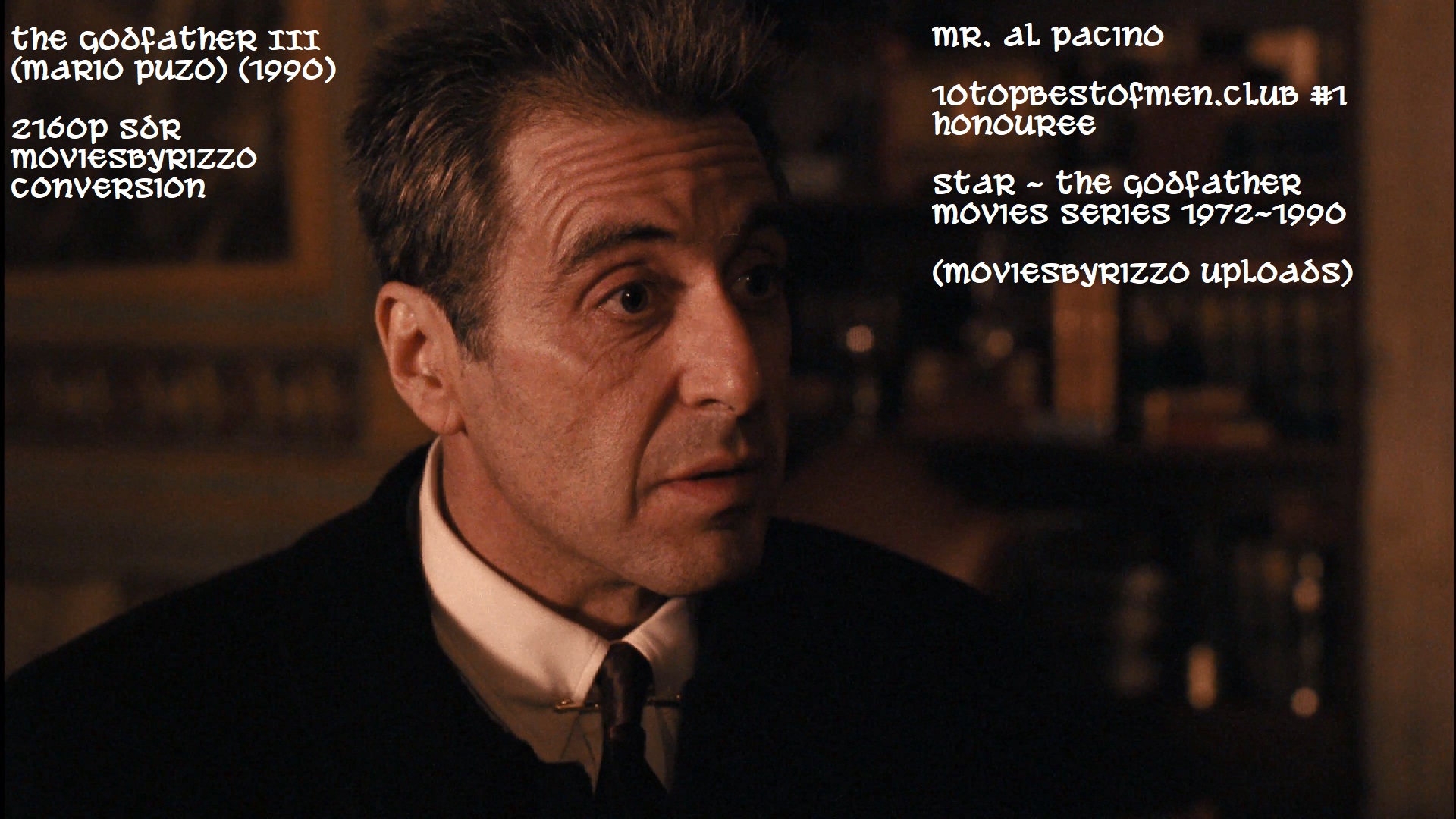 This is the greatest of movies series about the mob in America and it shows our best
Mr Al Pacino in a role he wants to break out of, saying he plans to "go legit"

As a man of greatest strength and sense of related idealism equally, Mr.
Pacinos character needs better scripting to show off his better talents
and human genius above all else such as displayed in his hugely
successful role in "And justice for all" what a great human being! in
his speech condemning evil - even at the cost of his Attorneys licence,
and in "Glengarry Glen Ross" (soon in 2160p for you here) - a man with
the best instincts for business above all.

Lets cheer him on to ever greater and greater heights based on his
truest merits rather than typecast him in any other way as to negate his worth
in some malicious desire to "level the playing field" as seems too often to be so
instead.ta! grazie